This show has been rescheduled - the new date will be announced soon. Please see below for more details.

Jordan Davis has been postponed – the new date will be announced soon. All ticket holders for the postponed date are encouraged to retain their tickets as all tickets will be valid for the new date. Fans who purchased tickets and are not able to make the rescheduled date, can seek refunds by contacting Ticketmaster via ticketmaster.com. For more info, visit Ticketmaster Refunds.

Contemporary country singer Jordan Davis already made his mark on the music industry with the song “Singles You Up,” which peaked at number five on Billboard’s Country Airplay chart even before his debut album Home State was released.

MCA Nashville’s Jordan Davis has been named an “Artist to Watch” by Billboard, Rolling Stone, CMT, Pandora, Shazam, Amazon Music, SiriusXM and more. A native of Shreveport, Louisiana, Davis graduated from LSU and briefly worked as an environmental consultant before following his brother’s advice and moving to Nashville.

Jordan’s debut album Home State has accumulated almost 1 billion streams worldwide and features his current Top 20 single “Slow Dance In A Parking Lot” as well as two recent back-to-back No.1 Platinum-Certified hits “Singles You Up” and “Take It From Me.” In 2019, Jordan won Best New Country Artist at the iHeart Radio Music Awards and was a nominee for ACM New Male Artist of the Year. He was also named Billboard’s Top New Country Artist of 2018 as well as Country Aircheck/Mediabase’s Most Heard New Artist of 2018. The hitmaker just released a new collaboration with GRAMMY-nominated artist Julia Michaels titled “Cool Anymore.” The track was written by Jordan and Julia along with Nicolle Galyon, Ross Copperman and Emily Weisband.

Make a Night of It 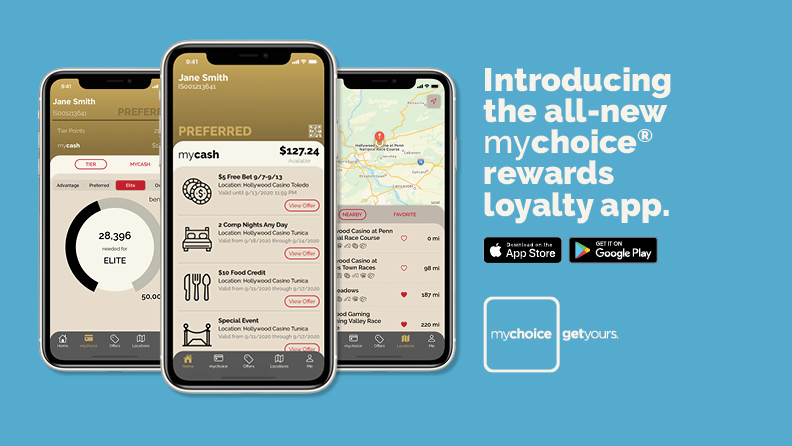 Download Today and Get $10 mycash® and 5M credits at mychoice® casino.

Get real-time updates on your account with the all-new mychoice® rewards loyalty app. Plus, get $10 mycash® and 5M credits to play for fun at mychoice casino when you download the app today!